Everything we do at Grant & Douglas is designed to keep your eyes happy, healthy and comfortable. We believe the only way to provide the best eye health care is by understanding your lifestyle and requirements. With eye care, it is best to get it right the first time. Book your appointment to see us in our Havelock North clinic and our friendly staff will make your visit comfortable. ...

Specialities: Optometrist Language: English Gender: Female Education: B.Optom, Cert. Oc. Pharm
Grew up in on a farm in Puketitiri, Hawke's Bay, Jenny got her first pair of glasses at the age of 14 after a visit to the local Optometrist. And voilà! The glasses allowed her to see the sheep much better up in the paddocks above their house. Reminiscing fondly of those days, she says that was the exact moment she decided to become an Optometrist. Jenny attended the University of Auckland and graduated in Optometry in 2000 and returned to Hawke's Bay to practice Optometry. She then bought Grant & Douglas from Hugh Douglas in 2006 and continues to enjoy all aspects of being an Optometrist. Jenny has a particular passion for helping people with dry eyes and children's vision. In her spare time, she likes to walk with her dog Pepi, spend time with family and embrace her creative side by making her own work clothes. ... 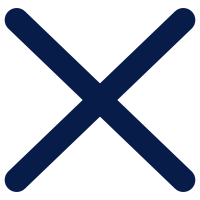 Specialities: Optometrist Language: English Gender: Male
Ross studied and trained in Auckland and London. He spent 40 years with three Optometry practices on the West Coast and started one of the first dry eye clinics in New Zealand. He is very passionate about the fashion eyewear industry and is working towards offering high-fashion eyewear at Grant & Douglas' Havelock North Clinic. Originally from Dunedin, Ross attended the University of Auckland and graduated in Optometry in 1977. He then practised in Christchurch for two years before going overseas for a further three years to train and practise in England. Although he came back to New Zealand with an intention to work here only for a short period, Ross & his wife Raey quickly fell in love with the natural landscape and dramatic west coast beaches near Wanganui. So, they made it their home and raised three children in Wanganui. Ross and Raey moved to Hawke’s Bay in 2020, joined Grant & Douglas and bought a house in Havelock North to live near their adult children and grandchildren. In his spare time, Ross likes golfing and spending time with family. ...

Having problems booking online? We are here to help@myhealth1st.com.au