Schizophrenia: An Altered Experience of Reality 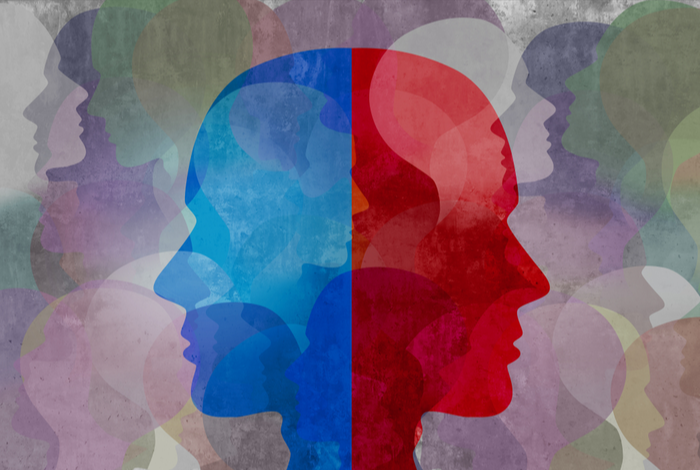 Schizophrenia is a chronic psychiatric issue that affects the way people perceive reality, potentially causing delusions, visual and aural hallucinations, disorganised thinking and disordered movement. Around 1% of the population experiences schizophrenia worldwide and the condition most commonly develops between the ages of 15 and 35. The condition may also develop later in life and is more commonly seen developing in women later in life.

Delusions - More than 90% of people with schizophrenia experience delusions. These are characterised by a strongly held belief that persists regardless of evidence produced to the contrary or how illogical or bizarre the idea may be. Delusions are broken down into a number of categories, including:

Control - Delusions of control refer to the belief that an individual’s actions are being controlled by an outside force. This control varies from delusion to delusion, but there are commonalities when it comes to the overall methodology of “control”. Delusions of control commonly revolve around either the insertion or withdrawal of thought and ideas by an outside force like aliens or a shadowy government agency.

Grandeur - Delusions of grandeur refer to a person’s belief that they are special or important in an exaggerated way, such as being an important historical or religious figure (like Julius Caesar or Jesus), or have abilities that put them above normal people, such as telepathy or the ability to fly.

Persecution - Delusions of persecution revolve around the firmly held belief that “they” are out to get you. The delusion may be personal, focussing on a family member or colleague, but commonly the delusions are based around convoluted and outlandish conspiracies.

Reference - Someone with delusions of reference believes that they are being sent direct messages through a common medium,and that they are the only ones that can understand. Common examples include the belief that a TV show or radio program is talking directly to you.

Disorganised Speech - Schizophrenia can make it difficult for a person to concentrate or maintain a train of thought, and this can manifest in speech. Disorganised speech can take many forms, including rapid topic changes, even within a single sentence, frequent use of made up words, repetition of words or meaningless rhyming.

Disorganised Behaviour - Schizophrenia can affect a person’s ability to take care of themselves, work, achieve goals or interact with others. This can manifest in a number of ways including a lack of inhibition or impulse control, unstable or unpredictable emotional responses or the exhibition of bizarre or erratic behaviour.

Negative symptoms vary from person to person and in some cases may only be truly noticed by someone familiar with their earlier “typical” behaviour.

As with many mental conditions, the exact cause of schizophrenia is unknown, but it is believed to have biological, environmental and genetic roots. Having a family history of schizophrenia increases the chance of a person developing the condition, as does having an inflammatory or autoimmune disease. Evidence shows that heavy use of psychoactive (mind-altering) drugs, such as regular marijuana use can increase the chance of developing schizophrenia. High stress and exposure to toxic chemicals may also play a part.

Treatments for and Living With Schizophrenia

Schizophrenia is a lifelong disorder that requires treatment or medication to control the severity of symptoms and reduce their frequency. Antipsychotic medications are often used to treat or stop hallucinations and delusions. Therapy and vocational rehabilitation (including occupational therapy) are often also required to help the person with schizophrenia lead a normal life.

Although no replacement for medication and therapy, there are a number of lifestyle behaviours a person with schizophrenia can practice to aid in their treatment, including getting plenty of sleep, eating balanced and healthy meals, getting regular physical exercise, trying to minimise or otherwise manage stress, avoiding non-medical drugs (including nicotine and alcohol) and most importantly, surrounding themselves with an understanding support network.

Both people with schizophrenia and those caring for them need support, and that’s where groups like SANE Australia and Mind Australia are very useful. SANE Australia can be accessed through the website or via their hotline on 1800 18 7263, and offers information and support for people with schizophrenia and their carers or family. Mind Australia is dedicated to the practicalities of living with a mental condition, so can assist with home assessments, carer support, financial support and other aspects of aid covered by the NDIS.

If you have a loved one who is showing abnormal behaviour, or are caring for a person with schizophrenia and need some support, the easiest and most convenient way to find and book an appointment with a doctor to get a referral to an appropriate mental health professional is through MyHealth1st. The team at MyHealth1st believes in early intervention and continuity of care, so people can have any problem diagnosed quickly, allowing for the best possible outcome.

What is Mental Health?

In the current coronavirus climate, there is more need than ever to check in with our mental health and general well-being.   So what is mental health?

The Link Between Mental Health and Physical Wellbeing

Our bodies and minds are intrinsically interconnected, with each supporting and influencing the other. When things become uncertain as they currently are, or there are many changes in a short period of time, we can often become easily dysregulated. Earlier unprocessed trauma can also impact one’s mental health and general well-being during this current uncertain climate.

What is Seasonal Affective Disorder?

The seasons can affect us a great deal more than we realise. In a warm climate country, like Australia, it’s natural that you feel your mood drop a little when the mercury starts to fall, but for some people, the change of season can herald something more serious, and even bring depression. Relatively few Australians suffer from Seasonal Affective Disorder per capita, but for those that do feel the symptoms, the turning of the seasons can be devastating.

Mental Health in the Time of COVID-19

The physical health impacts of the novel Coronavirus (COVID-19) pandemic are well known, as is the economic impact. Mandatory working from home, social distancing, the closure of businesses and cutting of jobs are all a tangible effect of the pandemic. Something less visible is the impact the pandemic can have on your mental health.