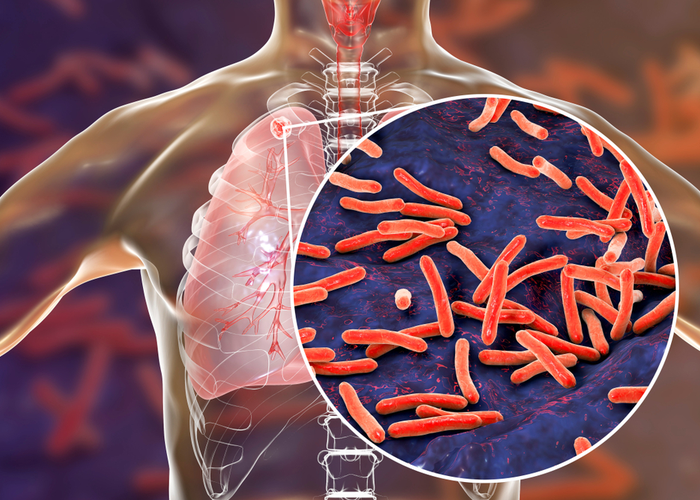 Tuberculosis is a potentially deadly disease caused by the Mycobacteria Tuberculosis bacteria. Commonly infecting the lungs, but capable of affecting any part of the body, Tuberculosis (more commonly known as TB) is one of the top 10 causes of death worldwide and the leading cause from a single infectious agent, including more deaths than HIV/AIDS.

Eight countries - Bangladesh, China, India, Indonesia, Nigeria, Pakistan, the Philippines and South Africa account for around two thirds of all tuberculosis cases, but it is a worldwide problem. In 2018, an estimated 10 million people contracted TB worldwide, with 1.5 million dying from the disease. Australia has one of the lowest rates of tuberculosis infection in the world, with fewer than 10 cases per 100,000 population, and the elimination of TB in Australia (classified as fewer than one case per million) is believed to be possible by 2050. Interestingly, there was a recent, small outbreak at Sydney’s St Vincent Hospital.

Though our rates are low, the incidents of TB are six times higher amongst indigenous Australians than non-indigenous Australians, and there are a number of possible infection vectors still open, including migration and travel to countries with high instances of infection. The rise of multidrug-resistant TB (MDR-TB) is also a possible threat when it comes to eliminating the disease.

In 2018, the World Health Organisation (WHO) estimated that there were around 484,000 cases of TB resistant to rifampicin, the most effective frontline TB treatment, and 78% of those cases (around 377,000 infections) were of MDR-TB.

According to WHO, between 5% and 15% of people with latent TB will develop TB during their lifetime. Depending on the strain of TB and the health of a person’s immune system, the symptoms of Tuberculosis may vary from mild to severe. Mild symptoms may go undiagnosed for months, potentially spreading the infection.

Symptoms of TB typically involve the lungs and lung function (where the infection first took hold), but the disease may affect any part of the body. People with TB disease may experience any of the following symptoms:

A tuberculosis infection in the brain may lead to Tuberculous meningitis, a swelling of the membrane around the brain and spinal cord that may lead to brain damage, coma or even death.

Miliary Tuberculosis (named for its resemblance to millet seeds) occurs when a large number of TB bacteria enter the bloodstream and spread throughout the body. In addition to difficulty breathing, fever, chills, weakness and sudden weight loss, military TB may also lead to death. If the bacteria enters the bone marrow it may also lead to the development of blood abnormalities.

Diagnosis and treatment of TB may be a lengthy process and usually involves skin, sputum or blood testing. Tests for MDR-TB may also be performed to indicate whether frontline drugs will be a suitable treatment.

The Mantoux Tuberculin skin test is one of the most common ways in which people are screened for TB.  The person being tested is injected in the forearm with a small amount of protein derived from Mycobacterium Tuberculosis (the bacteria responsible for TB).

If the injection site is red or swollen within 2-3 days, this indicates either a current or past TB infection. This method of testing may show false positives, especially in the case of people who have been vaccinated against TB, so it is usually followed by more extensive blood, sputum or X-ray testing.

TB is spread through the air in aerosolised fluids expelled by a person with TB disease when they cough, sneeze or spit. Inhaling these particles allows the infection to take hold in the lungs. TB germs can’t be passed through surface contact.

If you have a chronic cough that is not improving, or have travelled to a part of the world with high instances of TB, you may want to book an appointment to see a doctor .

Tuberculosis is treated with a prolonged course of a number of antibiotics. This course of medication usually takes six months or more, and the patient is typically required to be isolated/quarantined until they are no longer contagious - usually around two to four weeks, but longer may be required. Chest X-rays may also be required during this time to monitor the progress of the disease or cure.

The vast majority of TB cases in Australia are responsive to the frontline drugs Isoniazid and Rifampicin. These drugs, when properly used for the full course offer a near 100% cure rate.

Both MDR-TB and XDR-TB (Extensively drug resistant TB) feature the same symptoms as TB, but are more virulent thanks to the limited treatment options available. Isoniazid and Rifampicin are the two most powerful frontline treatments for TB, but thanks to a combination of poor quality drugs, incorrect prescriptions, patients stopping their course of drugs before completion and medicines being used inappropriately, strains of the disease have developed a resistance to these medications.

As a result, MDR-TB requires a more intensive and lengthy treatment for around two years of chemotherapy and second line drugs. Around 6.2% of MDR-TB infections are categorised as XDR-TB, further limiting the number of drugs and treatments that may be used to cure the infection. Globally only around 56% of MDR-TB cases are successfully treated.

Three countries - China, India and the Russian Federation - account for around half of all drug resistant TB infections. Australia has relatively few instances of MDR-TB, with only 10 of the 1440 cases reported in 2018 showing any drug resistance, but MDR-TB and XDR-TB remain a global health threat.

People in one of the high risk groups for developing Tuberculosis disease may be put on a long term course of antibiotics designed to reduce the chance of latent TB developing into active TB. People with HIV, a compromised or suppressed immune system, kidney disease, diabetes, someone in close contact with a person with active TB (family members or carers including health care workers) and children are among those who are commonly treated for latent TB.

The BCG (Bacille Calmette-Guerin) vaccine offers some protection against TB but is only recommended for people at high risk of contracting TB or those travelling to countries with high incidences of TB infection. Those with compromised immune systems, children and healthcare workers may benefit from vaccination.

The easiest and fastest way to book a medical appointment online is with MyHealth1st.